The Caldea Thermal Centre in Andorra, is the largest thermoludic centre and spa in southern Europe. It is located in the parish of Escaldes-Engordany, in the heart of Andorra and near the commercial artery of the Carlemany Avenue and Meritxell Avenue.

In 1987 the community of Escaldes-Engordany decided to take advantage of the thermal waters that arise from the great fault located in the subsoil of the parish and to exploit the great natural wealth to impel the project of the thermal center Caldea. The chosen architect was the French Jean-Michel Ruols, known as the architect of the water.

The singular building was inaugurated in 1994 and it has been designed to enjoy an experience of well-being and escape in thermal waters full of contrasts.
It was originally planned as a stone and wood building inspired by the Romanesque style churches found throughout the country.

Its building, of singular and very vanguardist architecture, is located in an urban atmosphere, in the city of Escaldes-Engordany, but at the same time surrounded by the spectacular mountains of Andorra. Its tower of 80 meters of height stands out on the rest of constructions of the parish giving the sensation of spiritual and mystical elevation so typical of the constructions of the Romanesque churches.

In 2013 Caldea implements a great extension with the Inúu space that has allowed it to absorb the increasing demand of the thermoludic space, taking advantage also for the creation of a specific and exclusive space for its most select clients. Caldea also has an exclusive space for children between 3 and 8 years old called Likids, where they can enjoy the thermal centre with specialized attention. 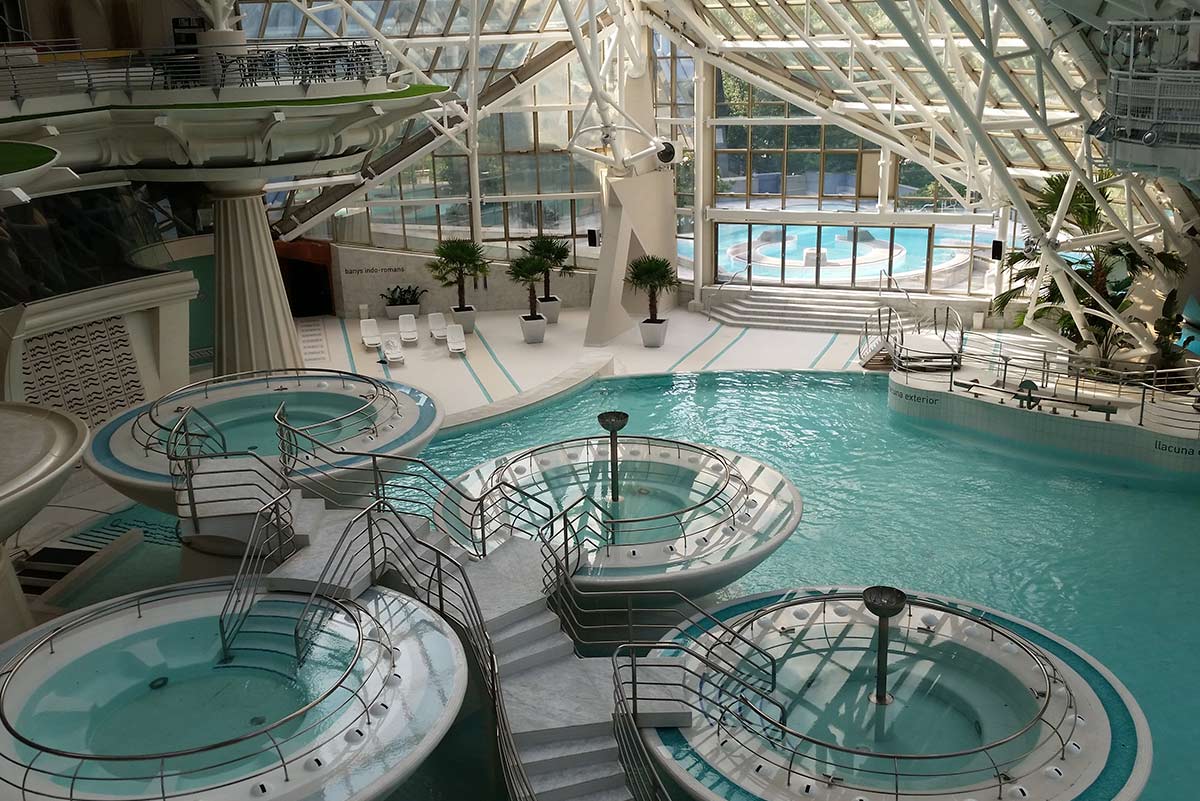 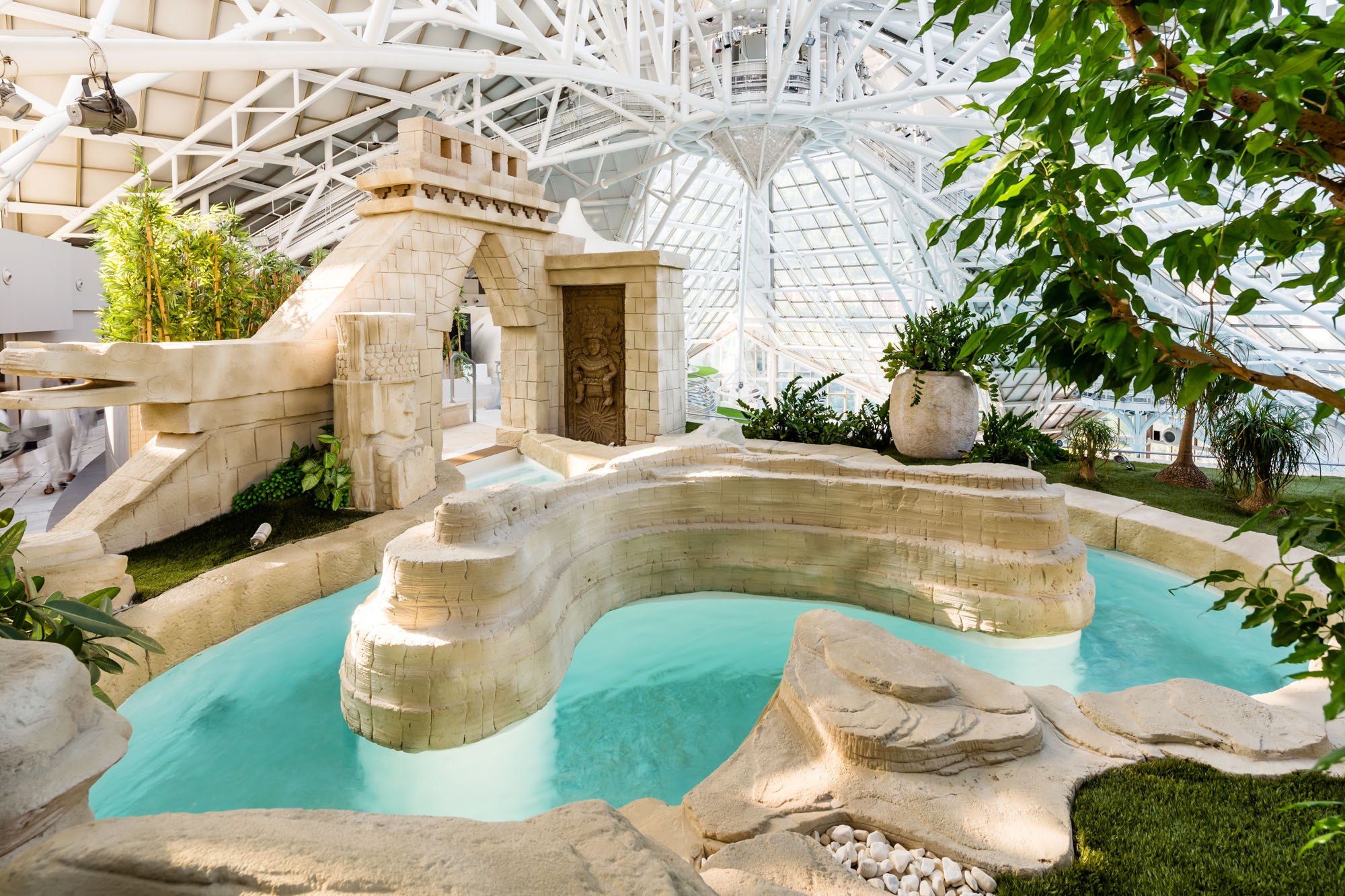 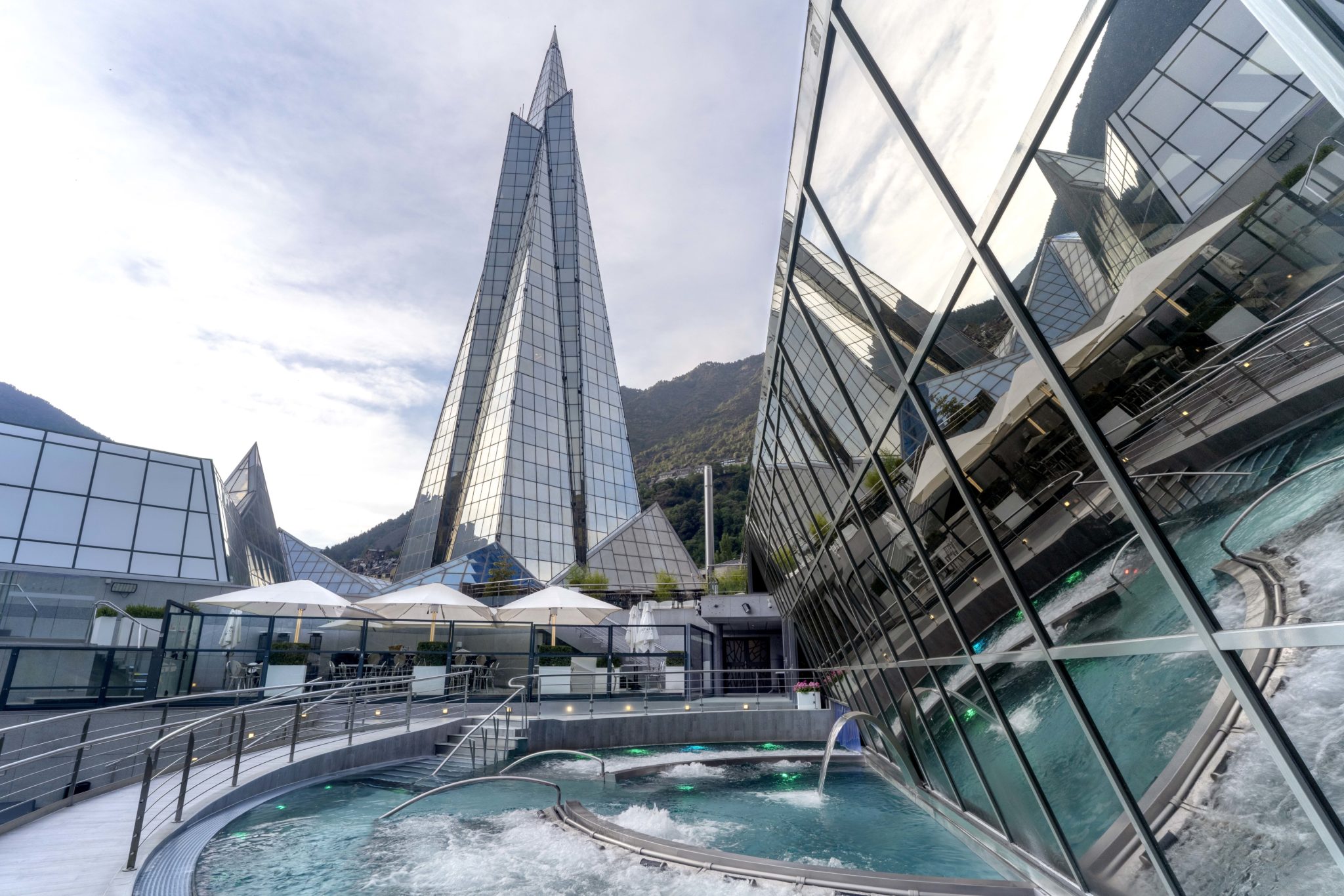 LINKS OF INTEREST AND MULTIMEDIA MATERIAL OF THIS PAGE