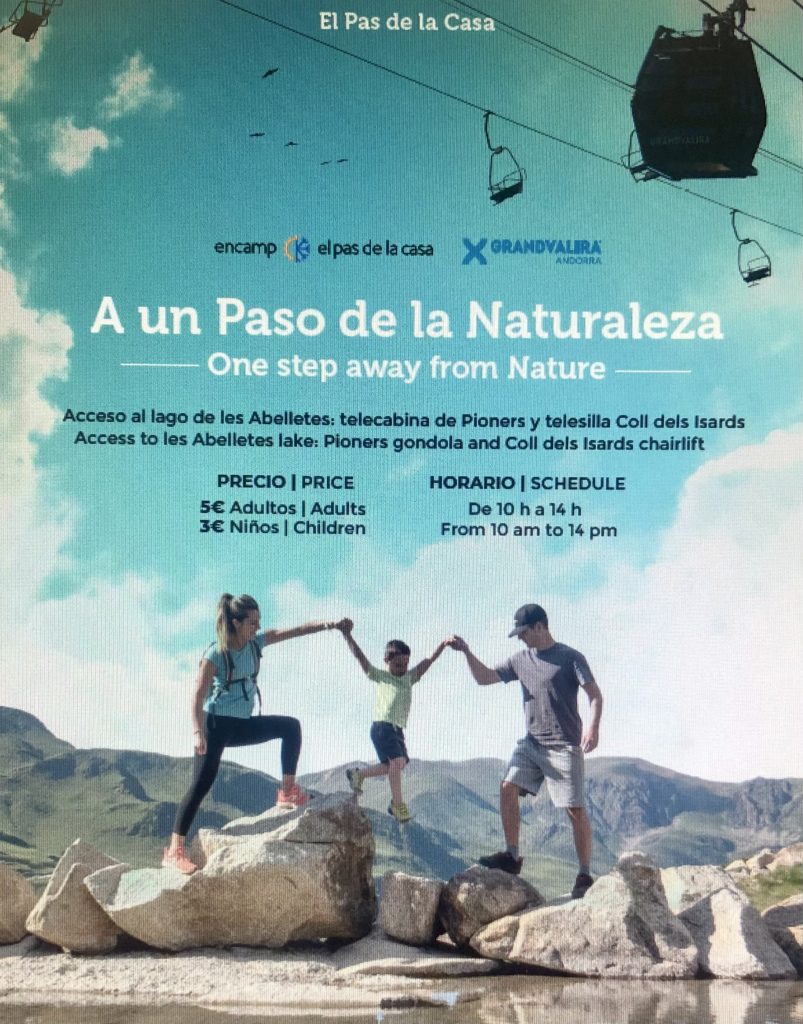 For the first time in summer, Els Pioners gondola is launched together with Els Isards chairlift to show one of the town’s charms : L’Estany de les Abelletes.

Located at the base of the ski resort, Els Pioners gondola will take you through a panoramic walk to Els Isards chairlift, located in the beginners area of Grandvalira ski station in Pas de la Casa. The tour lasts about 10 minuts and we should add 5 minutes walking to reach the lake.

The Estany de les Abelletes is very popular among the fishing enthusiasts and its peculiarity is that belongs to two countries at same time : Andorra and France. In addition to fishing, you will be able to practice other sports such as climbing, via ferratas, mountaing biking or simply trekking in the surroundings.

The lake is equipped with barbecues and picnic tables for anyone who wants to have a good time with family or friends.

In summer season, between July and August months, it is not accessible by car.

Ask for more information or buy your tickets at the Frontera Blanca reception and live the experience of going up on the chairlift also in summer!

Sammy!!! Us espera per Setmana Santa a la nostra r

Have a Wild Sunday 💙🤎🐾🐾 #pasdelacasalo